Prayer request: Please pray for Joseph during his next lumbar puncture on Monday (12th October).

Highlight: Joseph has been enjoying his new little sister.

On 21st August we welcomed Selah Marie into our family. Joseph and his brothers were delighted to learn they had a little sister and wanted to visit her in the hospital immediately. We didn’t want to leave Joseph home while the others got to meet Selah, so we talked to one of the midwives about getting a mask for Joseph so he could safely enter the large maternity unit. She was very helpful and found a mask that would work. However, a little later she came back to us and said, “I’m just a bit concerned about Joseph coming in the main entrance and having to go through so many people, even with the mask. I can let your family in another door which is right next to your room and so Joseph won’t be exposed to anyone else.”

Joseph was beaming as he came in and saw Selah. It was such a special event to be able to experience as a family and we were so grateful to the midwife for making it possible. 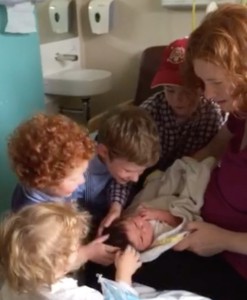 While Joseph spent the first six weeks of Ezra’s life in the hospital, not really aware of his new little brother, this time he has been able to really enjoy his newborn sibling. He loves holding Selah and making sure she has everything she needs. 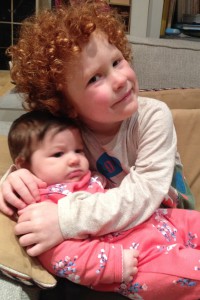 Thank you for your continued prayers for Joseph. Just a few weeks before Selah was born he had a fever and we had him checked at the hematology unit. The blood test showed that his neutrophils were high enough for him to fight the infection himself and we thanked the Lord for again sparing us a stay in the hospital.

Prayer request: Joseph has his next lumbar puncture on Monday (12th October) to receive chemotherapy in his central nervous system. Please pray for grace for Joseph in his fasting, safety during the procedure and that the treatment would be effective.

Behold, the eye of the Lord is on those who fear him,
on those who hope in his steadfast love…
Our soul waits for the Lord;
he is our help and our shield.
For our heart is glad in him,
because we trust in his holy name.
Let your steadfast love, O Lord, be upon us,
even as we hope in you.