Thank you for praying for Joseph during his most recent lumbar puncture (27th April). Joseph did well with his fasting and recovered quickly from the procedure.

After he had his initial blood test that morning, Joseph asked for something new – could he could go home to play with his brothers?

A quick phonecall later and Kate and the boys were hurrying to finish up their snack and hide all the food before Joseph arrived back home. Joseph then spent several hours building with duplo and having stories read to him. 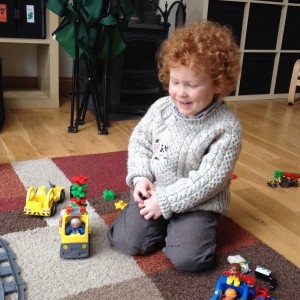 Then it was back to the hospital for his procedure, from which he recovered very quickly. He spent the evening outside with his brothers, running happily in the rain with his umbrella. 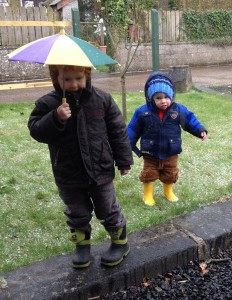 Joseph had his weekly/fortnightly check up at the hosptial on Wednesday (yesterday) and the blood test showed that his neutrophils had dropped to below the minimum therapeutic level, making him very susceptible to infection. However, we thank God that despite one of his brothers having an ear infection (resulting in a perforated ear drum), Joseph has stayed healthy and well. His chemo dosage has been reduced for a week to allow his immunity to increase. 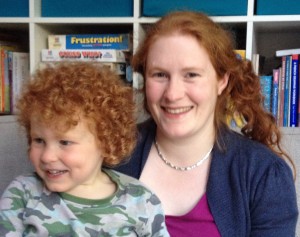 Kate is getting ready to have her hair cut!

She plans to donate at least 7 inches of her hair to Little Princess Trust, a charity which provides wigs for children in the UK and Ireland who have lost their hair due to cancer treatment. For anyone interested in sponsoring this event, Kate has set up a means of donating online through Just Giving.

Any money which is donated will go to the Northern Ireland Children’s Cancer Unit Fund (NICCUF), the official charity of the Children’s Haematology and Oncology Unit in Belfast where Joseph has received his treatment since being diagnosed on 21 October 2013.